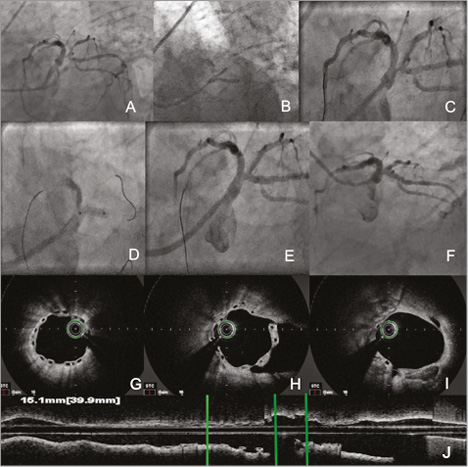 Currently available devices allow the treatment of complex lesions such as a distal LMCA with trifurcation. The use of metallic stents might result, as in this case, in left anterior descending artery impairment or in a subsequent increased risk of restenosis or stent thrombosis. Thanks to their limited persistence in the vessel, the combined use of DCB and bail-out BVS, two relatively new devices which are gradually expanding their indications for use, have the ambitious aim of treating/reconstructing complex coronary lesions at sites where the use of common stents might be a risky strategy in the long term, finally returning the vessel wall to its original state.

Transfemoral aortic valve implantation with the repositionable Lotus valve for treatment of patients with symptomatic severe aortic stenosis: results from a single-centre experience