Interventions for hypertension and stroke 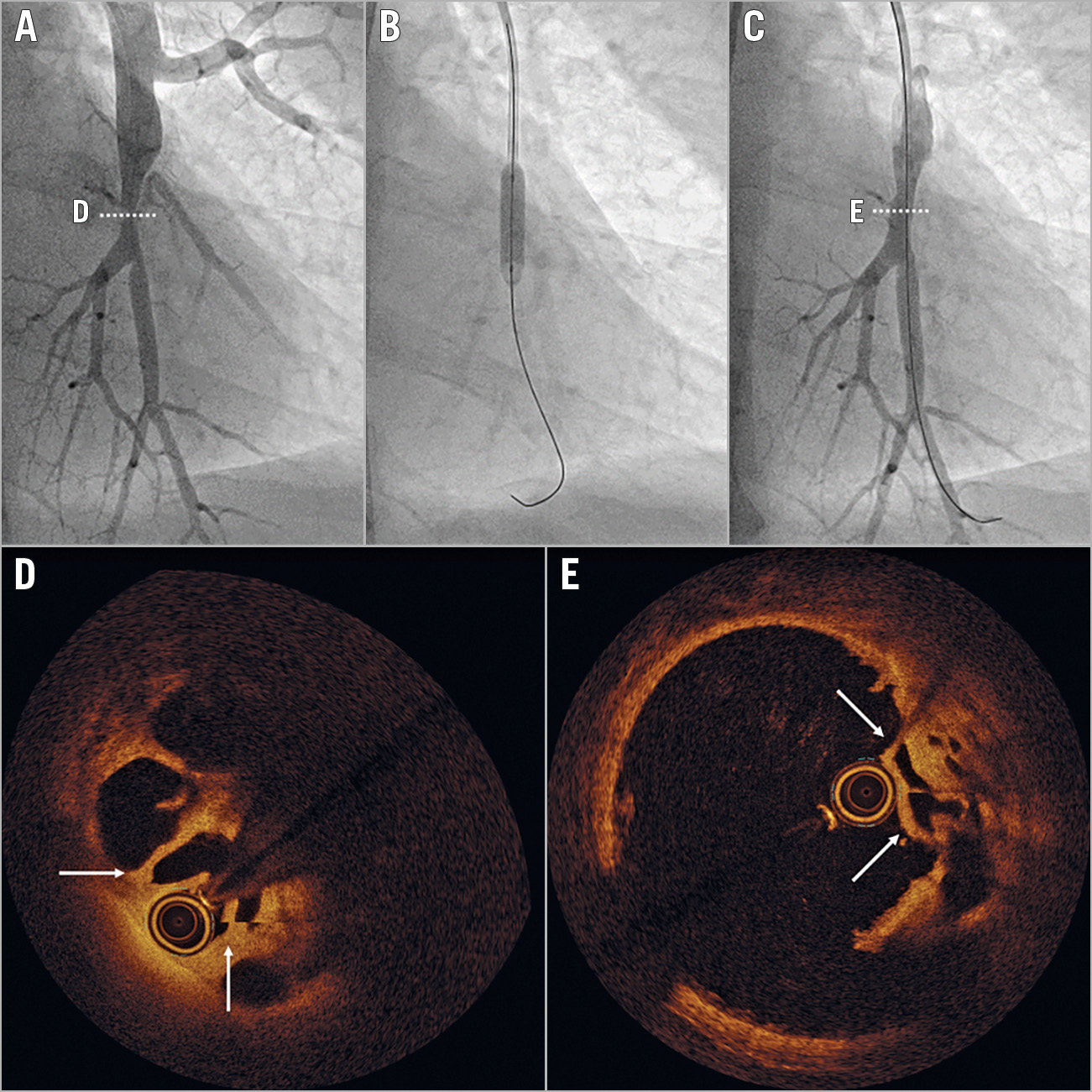 Figure 1. Imaging of left A10 before and after balloon angioplasty. Panels A-C illustrate angiograms. Panels D and E show OCT images in the planes highlighted in panels A and C.

A 65-year-old dyspnoeic male was diagnosed with chronic thromboembolic pulmonary hypertension (CTEPH) and a mean pulmonary arterial pressure of 45 mmHg, cardiac index of 2.4 L/min/m2, and pulmonary vascular resistance of 560 dyn·s·cm–5. The interdisciplinary PH board classified the patient’s CTEPH as technically operable with a poor risk-benefit ratio. An alternative mechanical treatment is balloon pulmonary angioplasty (BPA), a recently refined percutaneous technique that is emerging in Europe1. Figure 1A shows direct injection of left A10 during the patient`s first BPA session, depicting a focal bifurcational lesion. Optical coherence tomography showed a typical chanelled organised thrombus (Figure 1D, Moving image 1). After a single 8 atm inflation of a 4/20 mm MAVERICK™ balloon (Boston Scientific, Marlborough, MA, USA) (Figure 1B), angiography demonstrated adequate expansion of the lesion (Figure 1C). OCT immediately after balloon angioplasty (Figure 1E, Moving image 2) documented eccentric compression of obstructive material, without medial dissection (Figure 1D, arrows flanking the OCT catheter point to the structures displaced between Figure 1D and Figure 1E). “Breaking webs without dissection of the media” is the principle of BPA, and distinguishes this technique from coronary balloon angioplasty. Sparing the media is an interventional goal that is not always met, but may be achieved by using undersized balloons2. The fact that CTEPH is a disease of the lumen rather than a disease of the vessel wall itself may be a further reason for the lack of restenosis after BPA. This case illustrates the mechanical concept of BPA breaking and displacing intravascular webs, thus restoring normal flow and vessel function.