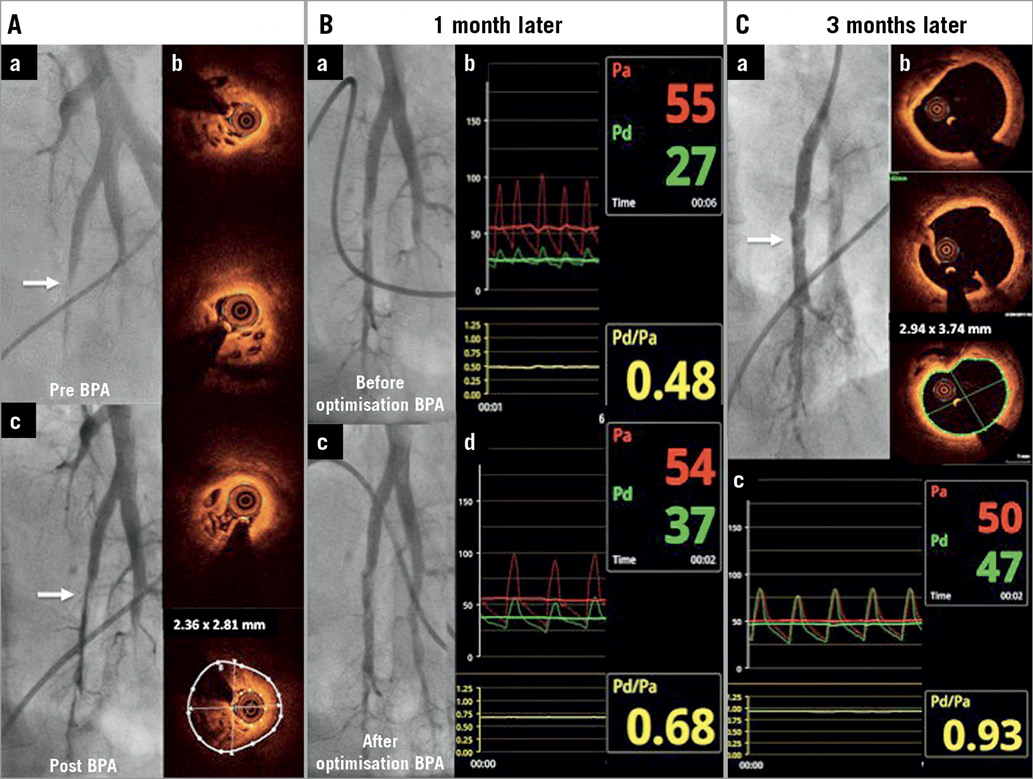 Balloon pulmonary angioplasty (BPA) is a developing method for the treatment of patients with inoperable chronic thromboembolic pulmonary hypertension (CTEPH); however, the optimal technique of the procedure is still the subject of debate1.

A stepwise increase of perfusion pressure in the pulmonary artery distal to the occlusion site with partial detachment of the organised thrombi may be due to dilation of the pulmonary artery over time and positive remodelling of the vessel2. Thus, the immediate elimination of the pressure gradient may not be necessary for the long-term success of BPA, especially in patients with very high pulmonary pressure. Although imaging and physiological measures are generally known to be of value, this report shows how to incorporate them clinically for individual patient care. A multimodality approach to the treated lesions might be helpful in the proper planning and optimising of the procedure.

How should I treat a bioresorbable vascular scaffold edge restenosis and intra-scaffold dissection?