Aims: The aim of this study was to evaluate the Impella CP over veno-arterial extracorporeal membrane oxygenation (VA-ECMO) and their impact on left ventricular unloading and end-organ perfusion.

Methods and results: Cardiogenic shock (CS) was induced by injecting microspheres into the left coronary artery in fourteen adult female swine. Impella CP or VA-ECMO was initiated in the presence of CS and evaluated after 60 minutes. Left ventricular pressure-volume area (PVA, total mechanical work) was obtained from a conductance catheter. Results are presented as mean (95% confidence interval) and the rank-sum test was used to assess differences between devices. Compared to the CS state, PVA was unaffected by Impella CP and increased on VA-ECMO (from 2,548 [2,193; 2,904] mmHg x mL during CS to 5,775 [4,451; 7,099], between device p-value=0.02). Arterial lactate increased during CS and decreased on support with no difference between devices. Renal venous oxygen saturation decreased during CS and increased on support with no difference between devices. Cerebral venous oxygen saturation increased to 33% [25, 40] on Impella CP and to 69% [49, 89] on VA-ECMO, p=0.04.

Conclusions: In this porcine model of profound CS, Impella CP unloaded the left ventricle compared to VA-ECMO. Both devices improved end-organ perfusion, with a tendency towards higher venous oxygen saturations on VA-ECMO. 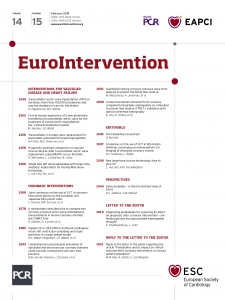