Aims: We aimed to evaluate the long-term safety and efficacy of the STENTYS self-apposing paclitaxel-eluting stent (STENTYS-PES) in bifurcation lesions in routine clinical practice.

Conclusions: The long-term results of OPEN II show that the STENTYS-PES is safe and effective in the treatment of all-comers with coronary bifurcation lesions.

The use of drug-eluting stents (DES) in the setting of percutaneous treatment for coronary bifurcation lesions has improved outcomes and decreased the rate of main branch (MB) restenosis significantly, whilst the rate of side branch (SB) restenosis at follow-up has remained high at approximately 20%1.

In this context, the first-in-man experience with the STENTYS disconnectable self-apposing stent (STENTYS S.A., Paris, France) showed encouraging results in terms of efficacy and safety in a limited patient population2. In the present study, we investigated the long-term efficacy and safety of the STENTYS paclitaxel-eluting stent (STENTYS-PES) in a prospectively multicentre-derived patient cohort with bifurcation lesions.

The device has been described elsewhere2,3. The stent disconnection was left to the discretion of the operator.

The study’s primary endpoint was the composite of major adverse cardiovascular events (MACE; defined as the composite of cardiac death, myocardial infarction [MI], emergent bypass surgery or clinically driven target lesion revascularisation [TLR] by percutaneous or surgical methods) at six months. MI was defined as new abnormal Q-waves in accordance with the Minnesota Code for pathologic Q-waves, or if the creatinine kinase (CK) was twice the upper limit of normal and there was a rise in the level of MB isoenzyme of CK (CK-MB).

Ten patients were excluded according to the initially considered exclusion criteria, resulting in a final population of 207 patients. Among the excluded patients, four had left main disease (one of them eventually died), one patient had a Medina 0,0,1 lesion, and the remaining five were excluded due to the final decision of the interventional cardiologist not to place a STENTYS-PES in case the latter could not cross the lesion.

Figure 1. Distribution of bifurcation lesions according to the Medina classification. 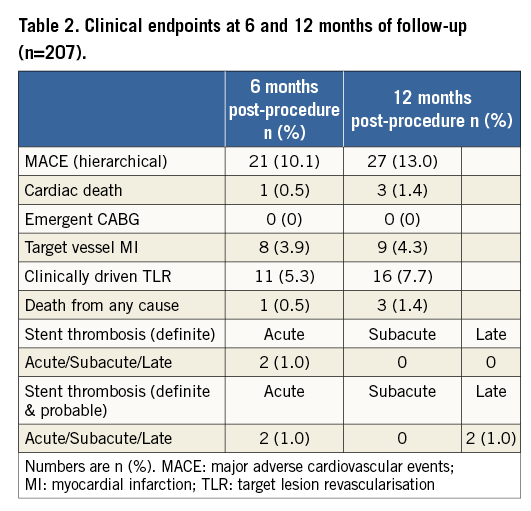 In all five cases excluded due to the impossibility to cross the lesion with the delivery system, an attempt to deploy the stent was not performed, based on the operator’s preference to retrieve the delivery system. It is not excluded that a more aggressive lesion preparation with balloon predilatation may have allowed delivery.

No significant differences in MACE rates were found between patients where FKBI was performed and those where it was not (Online Figure 1). However, this latter finding does not itself suggest that FKBI is not helpful. Accordingly, adequately powered patient populations are warranted to address this question as a specific endpoint.

The sirolimus-eluting version of the STENTYS stent has received CE mark approval, and, given that the MACE rate in this study was primarily driven by TLR, potentially this could further reduce adverse events.

This was an observational single-arm study and, as such, operator-driven selection bias could have influenced the decision to stent the SB provisionally, so the conclusion reached should be seen in that perspective. Approximately 44% of the lesions did not involve significant SB disease. The proximal MB, the distal MB, or both were alternatively involved. Since the reference vessel diameter (RVD) of the SB at baseline was somewhat smaller with respect to previously published experiences, the clinical relevance of SB disease might be questionable in the present patient cohort. Accordingly, a significant impact on clinical outcome, particularly on clinically driven TLR, cannot be excluded. However, strut disconnection towards the SB was performed in the majority of cases (56%), meaning that the operator considered that access to the SB was clinically relevant.

The long-term results of OPEN II show that the STENTYS-PES is safe and effective in the treatment of all-comers with coronary bifurcation lesions.

D. Bouchez is an employee of STENTYS S.A. The other authors have no conflicts of interest to declare. 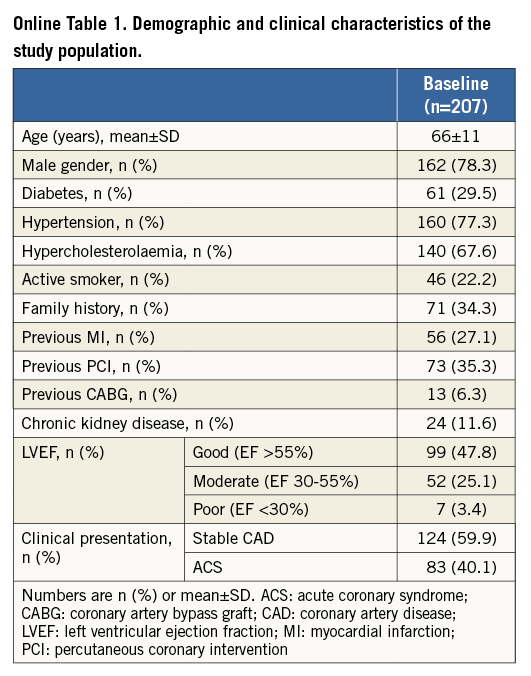