Independent impact of extent of coronary artery disease and percutaneous revascularisation on 30-day and one-year mortality after TAVI: a meta-analysis of adjusted observational results

Aims: The impact of the severity of coronary artery disease (CAD) and percutaneous coronary interventions (PCI) on outcomes after transcatheter aortic valve implantation (TAVI) remains a matter of debate. We therefore performed a meta-analysis to evaluate the impact of CAD, of its severity and of PCI on mortality after TAVI.

Conclusions: The risk of death after TAVI is closely related to the complexity of CAD. Patients with an SS >22 present higher mortality. SS may represent a useful tool to select patients undergoing TAVI who could benefit from coronary revascularisation. In this regard, reaching an rSS <8 reduced one-year mortality. Randomised controlled trials are needed to confirm these results.

Coronary artery disease (CAD) and aortic valve stenosis (AS) are overlapping clinical conditions with a similar pathogenesis1-3. Actually, in both of these cases arterial hypertension, increasing age, hypercholesterolaemia, diabetes mellitus and chronic kidney disease lead, as a common pathway, to subendothelial accumulation of oxidised low-density lipoproteins and inflammation, with lymphocytes and macrophages being responsible for disease progression1-4.

As a clinical counterpart, about 50% of patients with severe AS undergoing surgical aortic valve replacement (SAVR) or transcatheter aortic valve implantation (TAVI) have concomitant CAD, which increases the risk for periprocedural complications and impairs long-term outcomes after SAVR5. Moreover, assessment of the relevance of CAD in AS patients is often difficult due to the presence of symptoms related to both conditions and to the limitation of functional assessment with fractional flow reserve (FFR), while the role of instantaneous wave-free ratio (iFR) is still under investigation6,7.

In a meta-analysis published in 2014 by our group8, we did not show a relationship between the presence of CAD and adverse outcomes after TAVI. However, the included evidence lacked evaluation of (i) the extent and complexity of CAD, (ii) the potential impact of percutaneous coronary interventions (PCI) before TAVI9-13, and (iii) multivariable results.

Therefore, we performed a meta-analysis to evaluate the impact of CAD, of its severity and of PCI on mortality after TAVI.

Current guidelines, including the recent Preferred Reporting Items for Systematic reviews and Meta-Analyses (PRISMA) amendment to the Quality of Reporting of Meta-analyses (QUOROM) statement, and recommendations from The Cochrane Collaboration and Meta-analysis Of Observational Studies in Epidemiology (MOOSE)14-18 were used for this meta-analysis.

Possible articles for inclusion were found using established search methods19 searching for the terms “TAVI” and “coronary artery disease” or “revascularisation” or “Syntax score (SS)” (Supplementary Appendix 1). Inclusion criteria were: (i) investigating more than 50 patients with CAD undergoing TAVI, (ii) reporting an independent predictive value of CAD or of PCI, (iii) with at least six months of follow-up (all criteria had to be satisfied). Exclusion criteria were any of: (i) non-human study, (ii) duplicate reporting (in which case the manuscript reporting the largest sample of patients was selected).

The primary endpoint was the impact of CAD severity (assessed with the SYNTAX score [SS]) on one-year mortality by pooling with logarithmic transformation results of multivariable adjusted effect estimates from each individual study.

Secondary endpoints were the following:

− Impact of the presence of CAD on 30-day and one-year mortality at multivariable and univariate analysis.

− Impact of CAD severity assessed with SS on 30-day and one-year mortality at univariate analysis.

Continuous variables are reported as mean (standard deviation) or median (range). Categorical variables are expressed as n/N (%). Statistical pooling was performed according to a random-effects model with generic inverse-variance weighting, computing risk estimates with 95% confidence intervals, using RevMan 5 (The Cochrane Collaboration, The Nordic Cochrane Centre, Copenhagen, Denmark). A pooled analysis of adjusted odds ratios, relative risks or hazard ratios derived from each single study was performed after logarithmic transformation. We assumed similarity between the odds ratio and other relative measures such as relative risks and hazard ratios because cardiovascular events and deaths were rare events. Graphical inspection of funnel plots was used to assess for study bias. Standard hypothesis testing was set at the two-tailed 0.05 level.

The search strategy yielded 433 studies; after initial screening, 30 studies were selected and 403 excluded. After full-text article assessment, 13 studies with 8,334 patients were included20-32, while 17 studies were excluded (Figure 1, Supplementary Appendix 2). Moreover, we were able to provide previously unpublished multivariable analysis of the impact of rSS in TAVI patients using a patient-level database of the study from Paradis et al31. 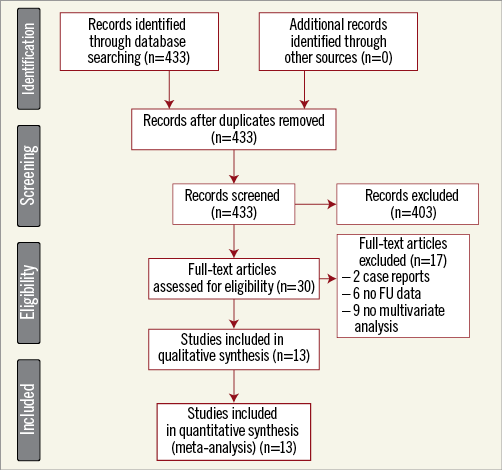 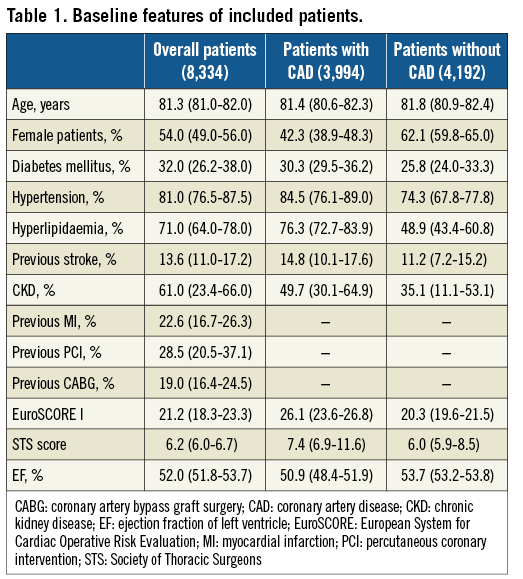 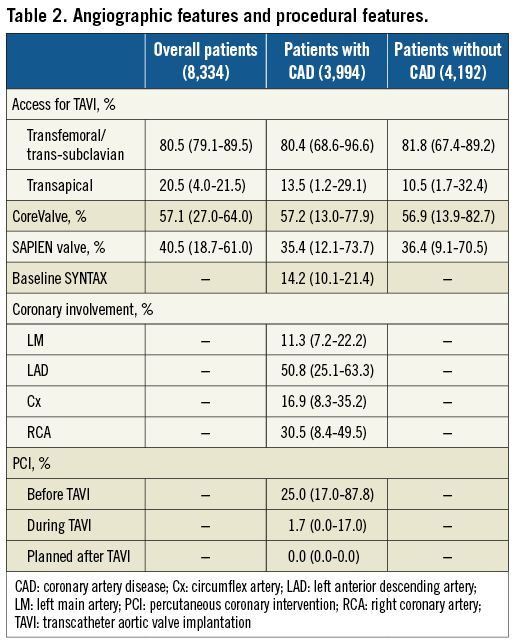 OUTCOMES ACCORDING TO SYNTAX SCORE

Figure 2. Impact of severity of CAD stratified with SS on one-year mortality at multivariable analysis. 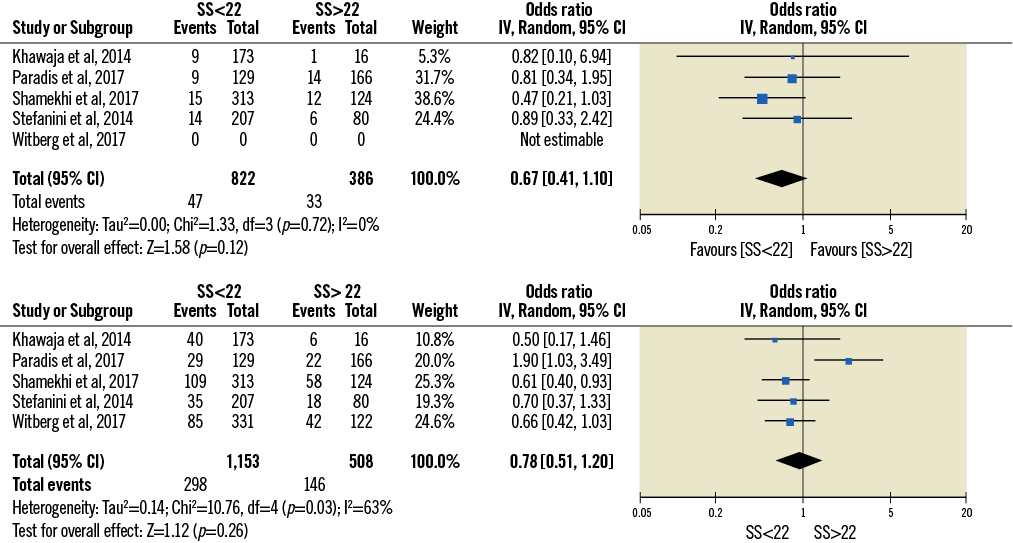 Figure 3. Impact of the severity of CAD stratified with SS on 30-day (above) and one-year (below) mortality at univariate analysis.

OUTCOMES ACCORDING TO THE PRESENCE OF CAD 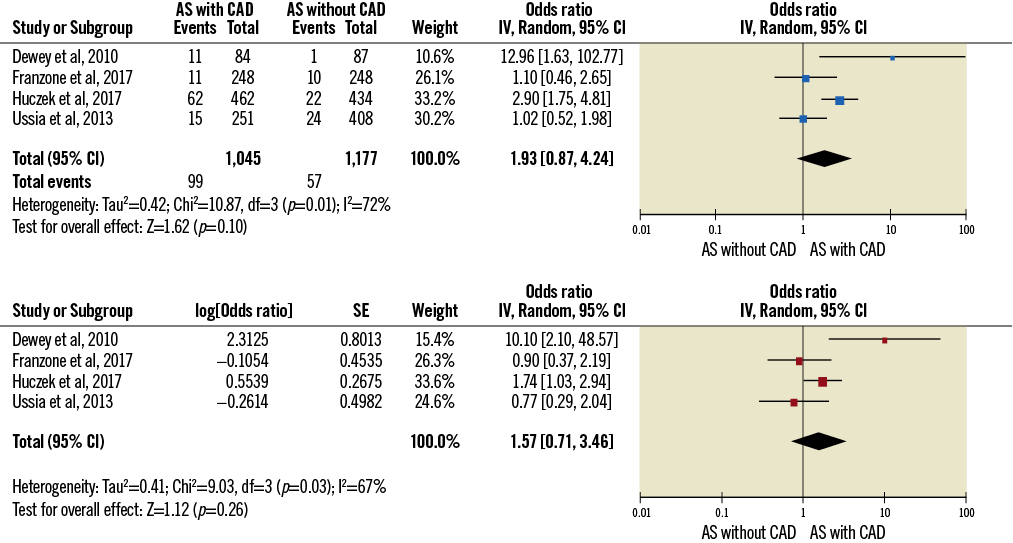 Figure 4. Impact of the presence of CAD on 30-day mortality at univariate (above) and multivariable analysis (below). 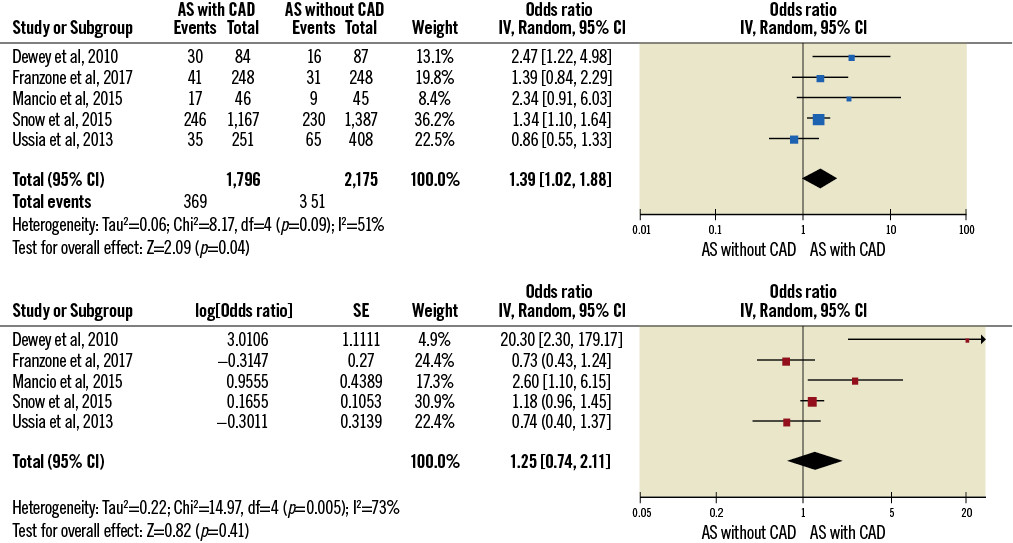 Figure 5. Impact of the presence of CAD on one-year mortality at univariate (above) and multivariable analysis (below).

The main results are the following:

A) Patients with an SS >22 had increased one-year mortality rates both at univariate and at multivariable analysis.

B) The presence of CAD - defined as the presence of a stenosis >70% of an epicardial vessel or >50% of the LM - did not affect prognosis.

C) PCI with an rSS less than 8 reduced the one-year risk of death after TAVI.

Due to common pathophysiological mechanisms, the prevalence of CAD is high in patients with degenerative aortic disease. Consequently, management of CAD in patients who are candidates for interventional treatment of severe AS represents a core challenge for cardiac surgeons and cardiologists.

Studies performed in the 1980s and 1990s confirmed reduced rates of short- and long-term mortality in patients treated with combined CABG and SAVR33,34. This benefit is matched by longer duration and greater complexity of surgery, associated with an increased risk of mortality over isolated SAVR35,36. Current guidelines recommend combined surgery in any patient with a primary indication for aortic valve surgery presenting with coronary stenosis >70% in a major epicardial vessel. However, no randomised clinical trial (RCT) is available on this topic and the level of evidence for this recommendation is C37.

Over the last 10 years, TAVI has emerged as a new therapeutic option for patients with severe AS and high to intermediate surgical risk38. Considering the augmented frailty of TAVI candidates with CAD, due to age and comorbidities, the risk-benefit ratio of PCI in this population is of particular interest, and no clear evidence-based recommendation is available as yet. In a meta-analysis published by our group in 2014, we concluded that CAD (defined as >70%) does not affect midterm TAVI outcomes12. Moreover, a recent meta-analysis of 15 studies by Sankaramangalam et al observed that coexisting CAD did not impact on 30-day outcomes, but significantly increased all-cause mortality at one year39. However, the results of these meta-analyses did not include multivariable analysis with the well-known limitations related to potential confounders40 and stratification of outcomes based on CAD severity. Our current multivariable results confirm that the presence of CAD alone is not associated with worse prognosis in patients undergoing TAVI (Figure 2, Figure 3). However, clinical sense and experience in non-TAVI patients suggest that CAD should not be addressed as a single pathological entity, but distinctions should be made on the basis of the vessels involved, the extent of the disease, comorbidities and general condition.

The SYNTAX score represents a well-validated tool to assess the anatomical complexity of CAD41,42. More importantly, it has been demonstrated to predict long-term mortality in patients with multivessel disease42,43. Our results show that higher values of SS are associated with worse short- and long-term outcomes (Figure 4, Figure 5). In this regard, the study from Khawaja et al showed this correlation to be matched by a progressive worsening of prognosis as SS values increased23. Despite its known pitfalls - inter- and intra-observer variability, lack of clinical and functional information - SS was proved to be an efficient determinant of events. In a recent observational study of 402 patients, higher values of SYNTAX score II (SS-II) - which combines anatomical and clinical data - predicted worse one- and four-year outcomes43. This result, although still in an observational setting, confirms the importance of stratification for CAD severity in this type of patient.

The role of PCI in patients with CAD undergoing TAVI is still unclear. Currently, PCI is recommended (IIa) in patients with a coronary artery diameter stenosis >70% in proximal segments44; notwithstanding, only observational data are available. A recent systematic review of literature and meta-analysis of nine studies by Kotronias et al suggested no impact of PCI before TAVI on prognosis, with a possible association with increased risk of vascular complications and 30-day mortality13. However, neither stratification of outcomes by the severity of CAD nor multivariable analysis was available. In our meta-analysis, we assessed the impact of residual SS and PCI on prognosis through multivariable analysis. Our results show that PCI aiming for a low residual SYNTAX score improves prognosis after TAVI. These data are important for high-risk patients but should be viewed with particular interest for emerging indications of TAVI including intermediate-risk ones45. Moreover, in the paper of Huczek et al27, PCI without anatomic stratification did not reduce the risk of subsequent events, stressing the need for a tailored strategy for these patients.

Our findings should not be viewed as being in contradiction to previously published evidence, as they represent an effort to stratify the role of CAD in patients with AS undergoing TAVI, evaluating differential treatment effects according to disease severity. Patients with more severe CAD could be those who benefit the most from revascularisation. In such patients, the efficacy of PCI in reducing CAD burden (assessed by residual SS) was associated with improved prognosis. Finally, our results highlight the need for more extensive and consistent research on this relevant patient population. In this regard, the ongoing ACTIVATION RCT, addressing specifically the role of CAD and PCI in TAVI patients, will fill the current gaps and limitations in evidence46.

Our study shares the limitations of its primary sources, namely the observational design, the limited number of patients included in the studies, the lack of long follow-up and the discretional allocation of patients to the PCI or non-PCI groups, based on Heart Team consensus and not on pre-specified criteria. In six out of eight analyses, heterogeneity evaluated with I² was moderate and in the remaining two was high according to Cochrane recommendations: in all cases we used random effects models to approach such analytical challenges. Moreover, we had no access to individual data, but we pooled multivariable adjusted risk estimates from each single study. Finally, although recent evidence has demonstrated the safety and efficacy of TAVI in patients at intermediate surgical risk, our results refer only to high-risk patients.

The presence of CAD alone did not affect all-cause death in patients undergoing TAVI for severe AS. Patients with an SS >22 had increased one-year mortality rates both at univariate and at multivariable analysis. SS could represent a useful tool to select patients undergoing TAVI who could benefit from coronary revascularisation. PCI with an rSS less than 8 reduced one-year mortality. Randomised controlled studies are needed to produce more extensive and consistent evidence on this core clinical topic.

We thank Aaron Crowley for his assistance with statistical analysis.