Aims: The aim of this study was to evaluate the effectiveness of upfront use of an adjunctive Angio-Seal (AS) plug-based system on top of suture-based devices (SBDs) for endovascular haemostasis after transfemoral (TF) TAVI.

Conclusions: An upfront combined strategy with an additional AS plug-based device on top of SBDs was shown to reduce major vascular complications and major/LT bleeding due to closure system failure after TF-TAVI. This approach was associated with a cost saving and with a higher probability of NDD compared to the use of isolated SBD. 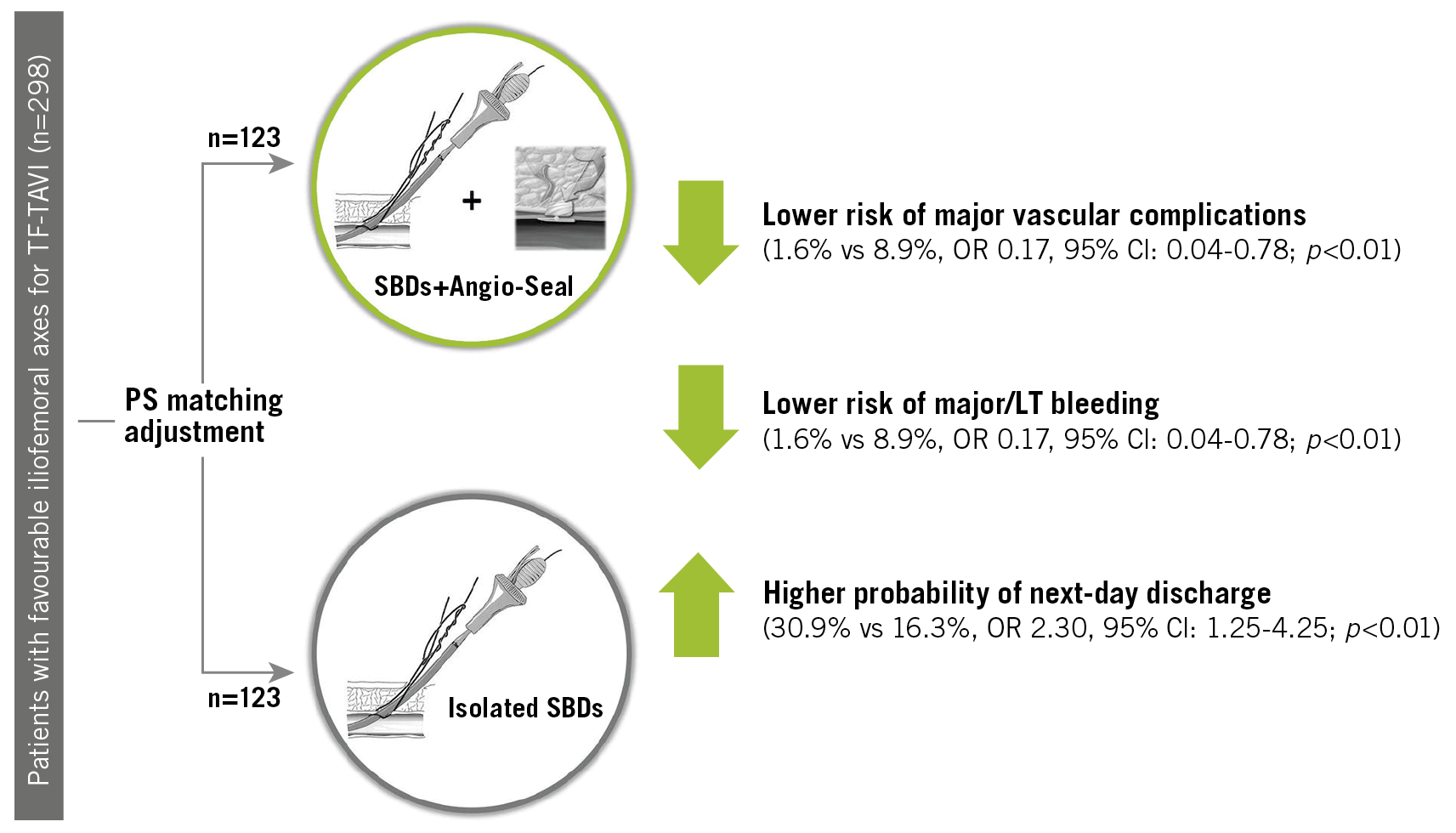