Bioresorbable scaffolds and STEMI: an ideal setting, but still vacant

Only a few years ago, bioresorbable scaffolds (BRS) were the “prima donnas” of interventional cardiology meetings and journals. They held the promise of transforming the treatment of coronary artery disease by providing a temporary scaffold during the initial healing period and, once resorbed, allowing the return of normal vascular vasomotion. The Food and Drug Administration (FDA) approved the Absorb™ bioresorbable vascular scaffold (BVS) stent (Abbott Vascular, Santa Clara, CA, USA) in 2016. Alas, in 2017 the FDA issued a warning letter due to an excess of late device thrombosis and major adverse cardiovascular events and Abbott withdrew the BVS. This was a major blow to the development of the technique. Currently, there are four CE-mark approved BRS and several in development, but the previous enthusiasm has clearly been dampened.

In the development of stents, including BVS, ST-elevation myocardial infarction (STEMI) patients were most often excluded from clinical trials. Stent thrombosis rates are higher in STEMI patients and STEMI was even considered a contraindication to the use of DES for many years before randomised trials demonstrated their safety and efficacy1,2. STEMI patients may represent a subset which may theoretically derive greater benefit from treatment with BRS technology: STEMI coronary lesions generally consist of soft, lipid-rich, thrombotic plaques located in large vessels, with less resistance to stent expansion3.

In this issue of EuroIntervention, Cassese et al pooled the individual patient data of two small randomised trials specifically designed to investigate the performance of the Absorb versus the everolimus-eluting stent (EES) in patients with STEMI4.

The authors should be congratulated for this well performed study. Can we agree with their conclusion? Do these encouraging results suggest that STEMI could be a “niche” indication for future BRS? The two trials used in the pooled analysis were small and the total number of patients was under 400. This may be enough to assess an angiographic endpoint but a far cry from the number necessary to evaluate major endpoints such as stent thrombosis. Furthermore, these encouraging results are in contrast to a recently published study by Brugaletta et al in EuroIntervention5.

Can better results be obtained with different BRS? Sabaté et al reported the results of the MAGSTEMI clinical randomised trial comparing the in-stent/scaffold vasomotion between a drug-eluting bioresorbable magnesium scaffold (Magmaris®; Biotronik, Berlin, Germany) and a permanent metallic sirolimus-eluting stent (SES) at 12-month follow-up in ST-segment elevation myocardial infarction patients6. Magmaris-treated lesions more frequently surpassed a mean coronary lumen increase of ≥3% after nitroglycerine administration at 12 months compared with the SES group (56.5% vs 33.8%; p=0.010). However, these encouraging results are overshadowed by the disappointing angiographic results obtained with the Magmaris. The late lumen loss (LLL) was 0.61±0.55 mm in Magmaris-treated lesions compared to 0.06±0.21 mm in the SES group (p=0.001) with a higher rate of TLR (16.2% vs 5.3%; p=0.030). In the DES era, these results are clinically unacceptable.

Has the curtain definitely fallen on BRS? Extensive data have been obtained from the ABSORB programme, especially with intracoronary imaging. The degradation profile of future BRS must be shorter, struts thinner and more biocompatible to allow rapid and full neointimal incorporation without inflammation before biodegradation. An adequate radial force must be found. Implantation protocols with imaging must be strictly followed.

How should STEMI patients be evaluated in future trials with new bioresorbable scaffolds? Like a ski slope with fresh snow on a sunny morning, STEMI is a highly attractive area for BRS, but with hidden pitfalls. As mentioned previously, STEMI lesions are soft, lipid-rich and in large vessels and are therefore favourable for BRS implantation. However, stent thrombosis rates are higher than those of stable lesions regardless of the type of stent used, and information on this major clinical endpoint must be obtained before concluding on the safety of a stent in this setting (Figure 1). The data can be obtained either by performing dedicated randomised trials on STEMI patients or by extracting the data from an “all-comers” trial. Let us hope that the ongoing research will lead to the development of BRS that will fulfil the original expectations that were represented by BVS and that industry will positively evaluate the potential of this “born again” technology and push forward with research and clinical trials. 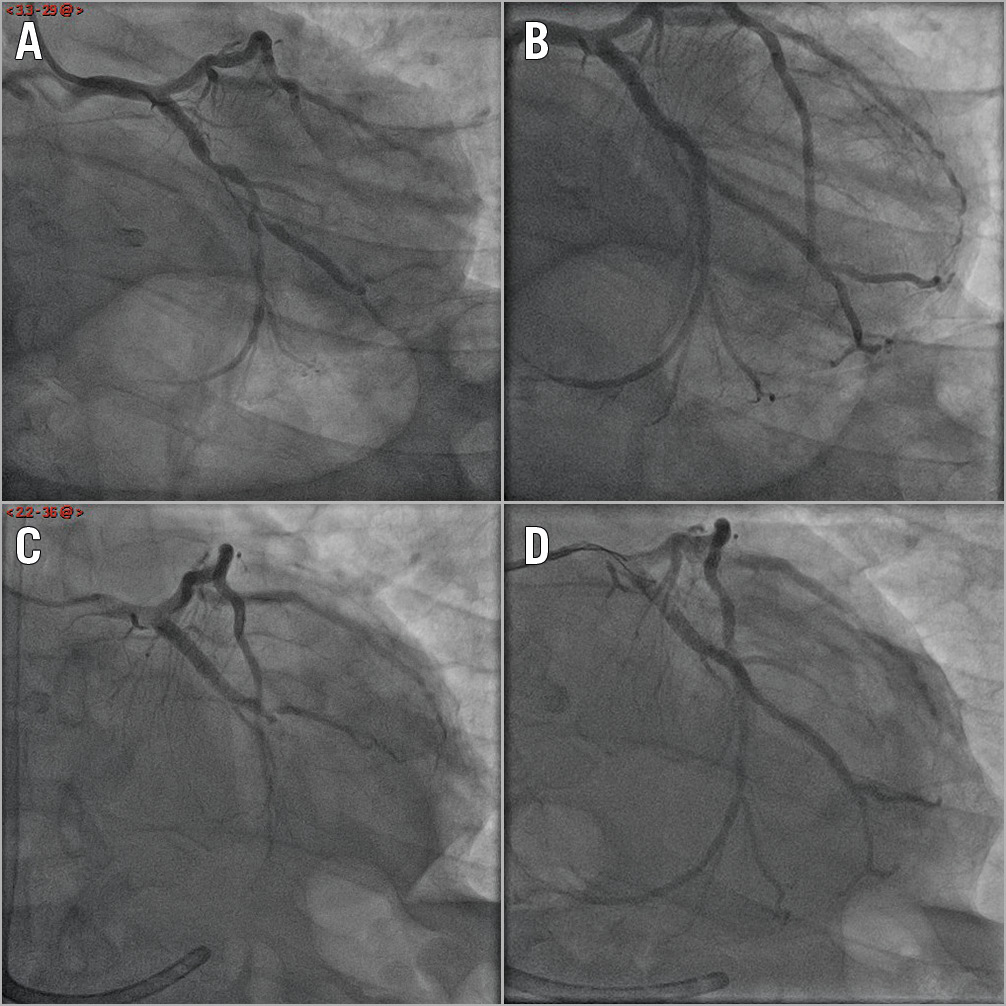 C. Spaulding is a consultant for Medtronic, TechWald, Xeltis, Zoll, and Stentys and has received grants and personal fees from the French Ministry of Health, CERC, AstraZeneca, Boehringer Ingelheim, Abbott, BMS, Pfizer and GSK.