Left atrial decompression by creating an interatrial shunt has been associated with significant improvements in functional status and quality of life in patients with heart failure (HF) with reduced and preserved left ventricular ejection fraction (HFrEF, HFpEF)1.

The initial experience with the V-Wave shunt (V-Wave Ltd, Caesarea, Israel) showed its safety and preliminary efficacy for treating patients with HFrEF and HFpEF2,3. However, shunt narrowing/occlusion was observed in up to 50% of the patients at 12-month follow-up, secondary to early valve degeneration3. Following this initial experience, modifications were implemented in order to improve late device patency and continued efficacy, with valve removal being the most relevant feature of the newer (second) generation of the V-Wave shunt (Figure 1). The present study reports the first-in-human experience with the second generation of the V-Wave shunt in patients with advanced chronic HF. 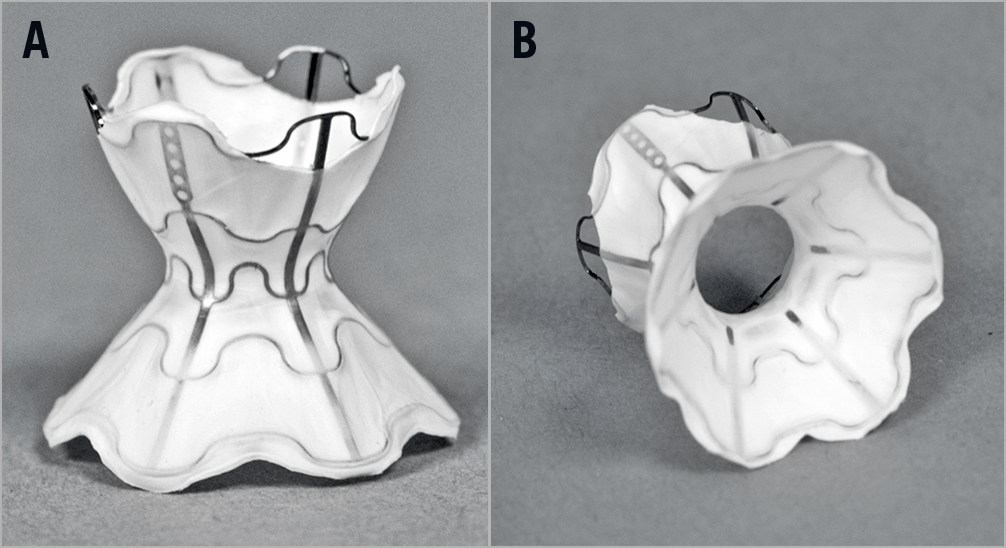 Figure 1. Second-generation (valveless) V-Wave device. A) Hourglass-shaped device made of nitinol with expanded polytetrafluoroethylene encapsulation. B) View of the device valveless lumen.

A total of 10 patients underwent an interatrial shunting procedure with the second-generation V-Wave shunt between September and November 2017 at the Quebec Heart & Lung Institute. Patients had a history of chronic HF and New York Heart Association (NYHA) Class ≥III despite optimal tolerated drug and device therapies as defined by American College of Cardiology(ACC)/American Heart Association (AHA) guidelines.

Baseline characteristics of the study population are shown in Supplementary Table 1.

The device was successfully implanted in all patients with no immediate procedural complications. Procedural success was obtained in nine patients (90%); one patient died in the hours following the procedure due to an electrical storm unresponsive to medical therapy and mechanical ventilation. TTE was performed showing the good position of the device and the absence of pericardial effusion. This patient had an advanced ischaemic heart failure with a left ventricular ejection fraction (LVEF) of 20% and a high wedge pressure (48 mmHg) at the time of the procedure. The other nine patients were discharged the day after the procedure without complications. 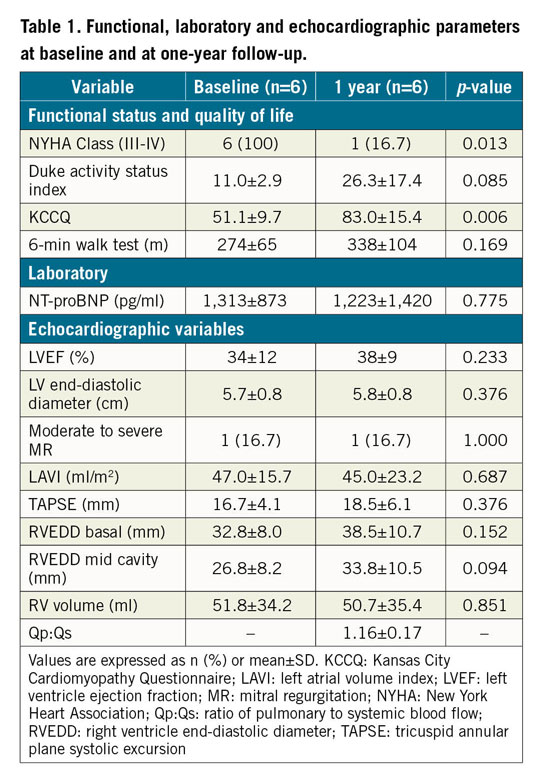 The V-Wave shunt was adequately visualised by TTE in all cases but one (a TEE was performed in this case), and the patency of the shunt with left-to-right shunting was confirmed in all patients with no signs of shunt narrowing (Figure 2). The echocardiography data at one-year follow-up are summarised in Table 1. 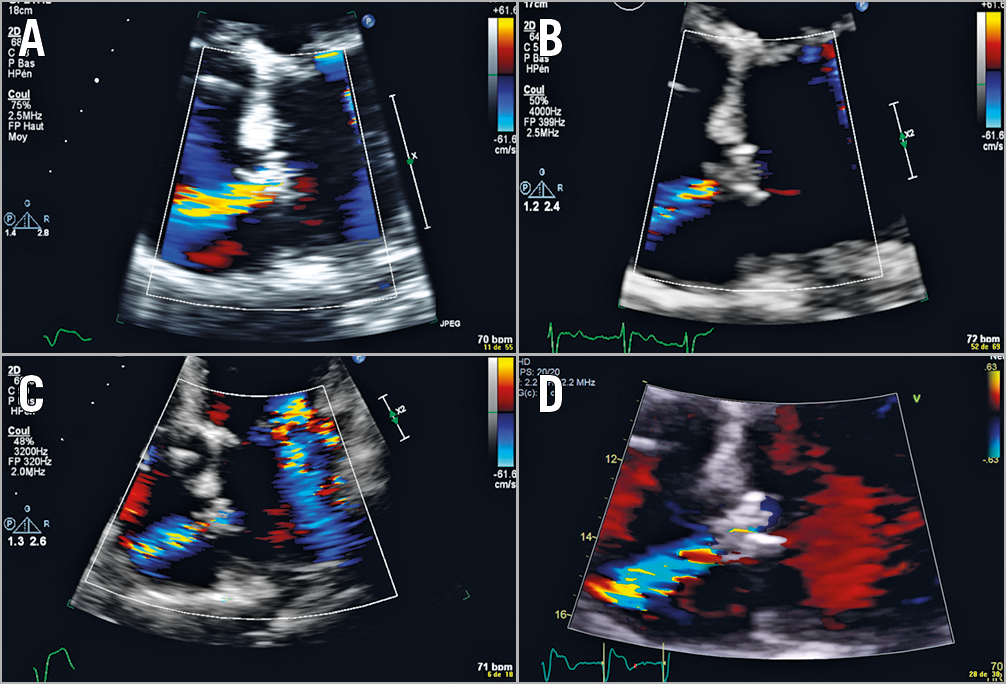 The main limitation of the first generation of the V-Wave device was related to the rate (up to 50%) of stenosis/occlusion at one-year follow-up secondary to intra-shunt valve degeneration3. In an animal model including 11 sheep, the valveless V-Wave shunt remained patent with no late loss in lumen diameter at five- to six-month follow-up (data provided by V-Wave Inc., unpublished) (Supplementary Figure 2). The results of our study showed the patency and absence of shunt stenosis in all cases, strongly suggesting the superiority of the second-generation device with respect to late shunt patency. These results are also in accordance with those obtained with other valveless shunt devices4. In addition to echocardiography, other imaging modalities such as computed tomography or magnetic resonance imaging (MRI) could be useful for evaluating shunt patency.

The patients selected for this initial experience with the second-generation V-Wave shunt were older and presented a more advanced cardiac failure condition (higher pro-BNP, pulmonary wedge and right atrial pressure values; lower exercise capacity) compared to those included in the studies with the first-generation device3. Despite a worse initial condition, significant improvements in functional status and quality of life along with a tendency towards improved exercise capacity were observed at one-year follow-up, supporting the beneficial effects of this therapy in HF patients. The efficacy of the second-generation V-Wave device is currently being evaluated in a large randomised trial (RELIEVE-HF; ClinicalTrials.gov NCT03499236).

The main limitations of this study were its small sample size, non-randomised design, absence of haemodynamic data at follow-up, and potential observer bias limiting the ability to reach definitive conclusions about device efficacy.

In conclusion, the confirmation of shunt patency without narrowing up to one-year follow-up in all cases suggests that the changes implemented in the device (mainly valve removal) may have overcome the late patency issues observed in the initial experience with the first-generation device.

J. Rodés-Cabau and L. Guimaraes had full access to all the data in the study and take responsibility for the integrity of the data and the accuracy of the data analysis.

J. Rodés-Cabau is consultant for and has received institutional research grants from V-Wave Inc. N. Eigler and W.T. Abraham are employees of V-Wave Inc. The other authors have no conflicts of interest to declare.