Aims: The aim of this study was to report on the midterm outcomes of patients undergoing percutaneous coronary intervention with bioresorbable vascular scaffolds (BVS) for the treatment of acute coronary syndromes (ACS) and compare with those of patients with stable coronary artery disease (sCAD).

Conclusions: PoCE, DoCE and scaffold thromboses were more frequent in ACS patients, without any difference among different forms of ACS.

Bioresorbable vascular scaffolds (BVS) were introduced in the hope of addressing some of the late complications associated with implantation of metal stents. Particularly, late lumen enlargement, the restoration of the vasomotor properties of the coronary artery and the “sealing” of thrombotic plaques represent attractive opportunities for patients with acute coronary syndromes (ACS)1,2. Experiences reported to date, however, focus particularly on ST-elevation infarction patients; data on other forms of ACS are less well represented3-6. Further, reports available to date lack a control group without ACS (stable coronary artery disease [sCAD]). Clinical data from the international and multicentre GHOST-EU registry were recently published7. Reflecting clinical routine in tertiary centres, approximately 50% of the patients enrolled in this registry had a diagnosis of ACS as defined by unstable angina (uAP), non-ST-elevation myocardial infarction (NSTEMI) and ST-elevation myocardial infarction (STEMI). We report on the early and midterm outcomes of percutaneous intervention with BVS in these patients and compare them with those recorded in patients with sCAD.

The GHOST-EU registry is a retrospective, multicentre registry conducted at 11 European centres. All patients undergoing intervention with the everolimus-eluting BVS (Absorb; Abbott Vascular, Santa Clara, CA, USA) between November 2011 and June 2014 were eligible for recruitment. Further details on the structure of the registry can be found in our previous article7.

Interventions were performed as previously described7. Follow-up data were collected during clinical visit and/or by direct telephone contact. When necessary, multiple attempts were made to contact patients by telephone, in writing and/or through the family physician. Patients for whom a 12-month follow-up was not available were censored at the time of last contact. Quantitative coronary analysis was performed on-site by experienced personnel using methods previously described8.

Scaffold thrombosis was classified according to the Academic Research Consortium criteria9. Other definitions are reported in detail in previous papers from our group7,8.

Data for continuous variables were tested for normality by inspection of the Q-Q plots, and are correspondingly presented as mean±standard deviation or median (interquartile range) and compared using parametric or non-parametric tests. Categorical variables are presented as counts and percentages, and were compared using the Fisher’s exact test. In order to assess differences of lesion-based parameters between groups, where multiple measurements on one patient may occur, we fitted linear mixed models (quantitative variables) and generalised linear mixed models (categorical variables) and tested whether there was a group effect. Unadjusted event rates during follow-up were estimated by the Kaplan-Meier method and compared by the log-rank test. In case of competing risks, cumulative incidence functions were computed. Cox proportional hazard models were used to obtain estimates for hazard ratios associated with potential explanatory variables (Table 1, Table 2). Parameters associated with a p<0.1 in univariate analysis were entered in a multivariable model. P-values <0.05 were considered significant. Since the 12-month follow-up was performed by protocol, the Cox regression analysis was performed for this time point. Statistical analyses were performed using MedCalc (MedCalc Software, Mariakerke, Belgium).

Clinical, lesion and procedural characteristics are presented in Table 1 and Table 2. Supplementary Table 1 and Supplementary Table 2 report details of the patient and lesion characteristics according to presentation type (unstable angina, NSTEMI or STEMI) within the ACS group. There were major differences between groups in most clinical parameters (Table 1, Table 2). Age (60.6±11.6 vs. 63.2±10.4 years, p<0.001), the prevalence of hyperlipidaemia, hypertension, diabetes, and of prior revascularisations or stroke was higher in the sCAD group, while a smoking history was more frequent in ACS patients (all p<0.0001). Except for coronary thrombus, characteristics of lesion complexity, including bifurcation lesions and chronic total occlusions, were more frequent in the sCAD group (all p<0.0001). The total implanted scaffold length was shorter (19 [18-28] vs. 28 [18-36] mm, p=0.0001) and scaffolds tended to be larger (3.5 mm BVS used: 36% vs. 28.2%) in patients with ACS. Predilation was performed in most lesions in both groups (95.5% vs. 96.9%, p=0.158); post-dilation was more often performed in the sCAD group (46.2% vs. 59.1%, p<0.001). Intracoronary imaging was less frequently performed in patients with ACS (optical coherence tomography: 19.5% vs. 7.0%; p<0.001, intravascular ultrasound: 23.3% vs. 6.4%; p<0.001). Antiplatelet therapy with prasugrel or ticagrelor was more often prescribed in the ACS group. 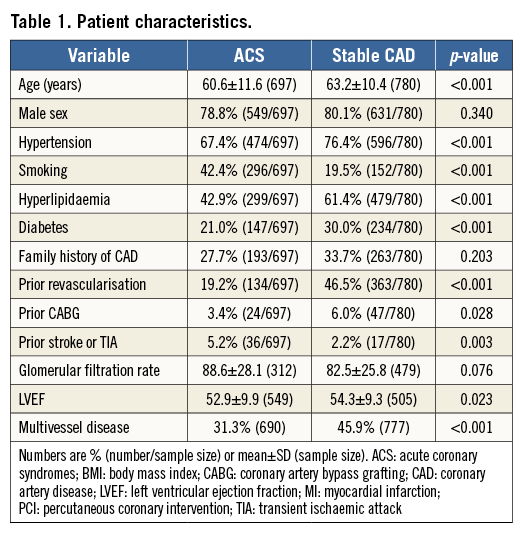 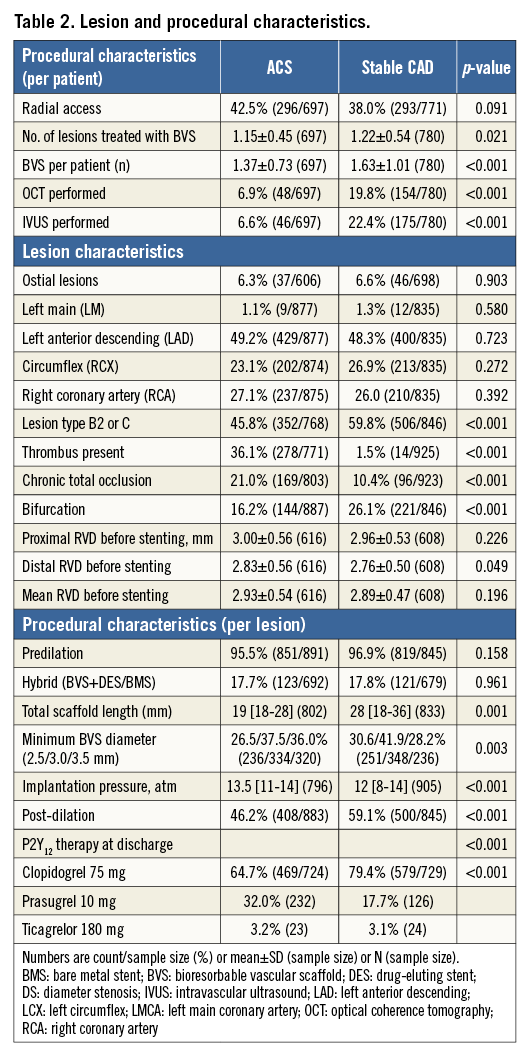 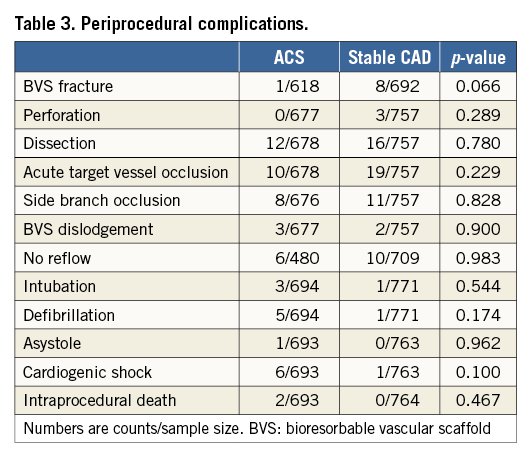 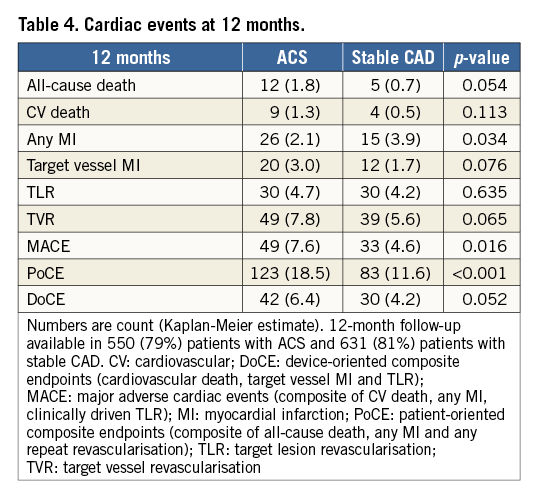 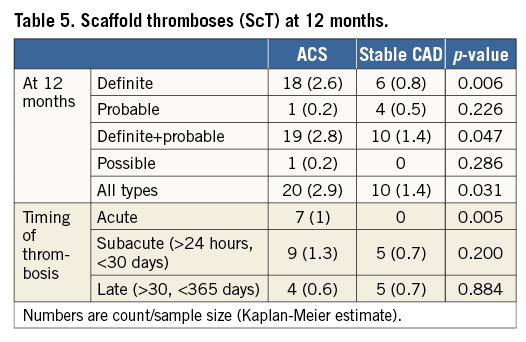 Figure 1. The incidence of device-oriented and patient-oriented composite endpoints. 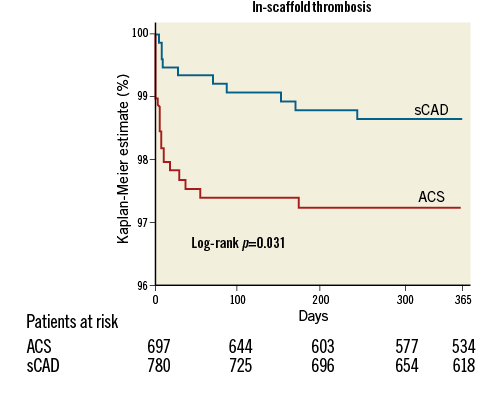 Figure 2. The incidence of scaffold thrombosis (definite, probable and possible).

Figure 3. The incidence of the three endpoints by presentation type.

PREDICTORS OF EVENTS AND THE ROLE OF IMPLANTATION STRATEGY IN ACS

All these associations remained valid also when only STEMI patients were included.

SUMMARY OF THE RESULTS

In the present report, ACS was an independent predictor of both DoCE and PoCE. These results are not surprising: the incidence of events in our BVS group was in line with that reported in previous drug-eluting stent studies10,11. Similarly, while no difference was observed in terms of TLR, BVS implantation in the setting of ACS was also associated with a higher incidence of ScT. Importantly, no difference was observed in terms of DoCE and ScT among patients admitted for unstable angina, NSTEMI or STEMI.

In line with recently reported data12,13, a higher incidence of events was observed in patients in whom a BVS at least 10% larger than the target vessel was implanted. Beyond the risk of vessel trauma and edge dissection associated with oversizing, there are additional considerations that are specific to BVS to explain this observation12,14. Due to the larger strut width, the implantation of BVS results in a larger strut to artery ratio (footprint) as compared to DES. As a consequence, the risk of underexpansion is higher than with DES. Particularly when associated with inaccurate lesion preparation (no predilation or predilation with small balloons as often performed in the treatment of ACS lesions), this may ultimately lead to decreased luminal flow area and increased inter-strut flow turbulence. In analogy, small RVDs were a predictor of all event types, a finding that was also observed in the ABSORB III study13. These data highlight the importance of target vessel size and scaffold deployment also in the setting of ACS. Further supporting this important concept, while ACS at index was an important determinant of outcomes in the overall population in our recently published report, this association did not reach significance when BVS were implanted using a technique specifically aimed at improving BVS expansion12. Also, in the current analysis, ACS was not a predictor of device endpoints in patients in whom post-dilation was performed. While post-dilation might potentially represent a risk factor for no reflow in thrombotic lesions of patients with ACS, and while post-dilation as a single parameter was not a predictor of events in our database (Supplementary Table 3-Supplementary Table 5), the fact that this manoeuvre is part of the optimal BVS implantation strategy is recognised15.

While they provide effective mechanical revascularisation of culprit lesions, permanent metallic stents also have important drawbacks, and ACS represents a setting in which bioresorbable technologies might provide important advantages. Profound differences in plaque biology and pathophysiology exist between sCAD and ACS, which has profound implications with regard to the goal of revascularisation. In addition to the acute improvement of coronary haemodynamics and resolution of the stenosis, plaque stabilisation assumes a central role in ACS, and the inflammatory/oxidative reactions associated with permanent implantation of metal stents might represent a disadvantage of traditional stents16-22. In contrast, recent intracoronary imaging data of ACS patients treated with BVS described the formation of a neointimal layer 12 months after implantation6,23-27 associated with an increase in (stable) fibrous and fibro-fatty content and a decrease in features of unstable necrotic core and dense calcium tissue28. Along with the mechanical resolution of the stenosis, it has been proposed that this layer, with characteristics compatible with those of fibrous tissue, might prevent repeat rupture/ulceration, reducing the risk of intracoronary thrombosis24. As such, a biological rationale exists to suggest that permanent implants might also not be necessary in ACS patients.

To date, data on the outcome after BVS treatment of ACS are available but remain limited. With regard to acute and short-term procedural outcomes, data from the POLAR-ACS, the Polish National Registry (about 50% of the patients with ACS), the GHOST-EU (47% ACS) and AMC PCI registries (39% ACS), as well as STEMI-specific registries29-31 have documented the safety of BVS implantation4,7,32-34. At six months, admission for ACS was not a predictor of outcomes in the GHOST-EU database, but, similar to the Mainz registry4, an unexpectedly high incidence of ScT was reported12. Similarly, ACS at index did not influence outcomes in the ABSORB III trial13. In the BVS-EXAMINATION trial, a propensity score-based comparison of Absorb BVS and XIENCE drug-eluting stents (Abbott Vascular) in STEMI, the DoCE rate was similar between groups, but a numerically higher incidence of ScT was recorded in the BVS group2.

Patients with ACS differed in many parameters from those without ACS. Even though the Cox regression analysis was adjusted for these factors, and even though it has already been shown that parameters like diabetes do not influence the prognosis of patients treated with BVS35, interactions may be complex and difficult to correct for. This registry was not a randomised, controlled trial, there was no external monitoring or event adjudication, and the follow-up in the whole population was not possible. Also, patients were treated at a time when the importance of the implantation technique remained to be demonstrated. As a consequence, the present data reflect early BVS experiences. A recent paper from our group demonstrates that the use of a BVS-specific implantation strategy is associated with a marked reduction in events, offsetting the risk associated with an unstable clinical presentation12. Although these limitations are to be acknowledged, this registry provides real-life data, demonstrating the importance of careful lesion preparation, vessel sizing, and BVS expansion. Further, QCA data were not analysed centrally and, due to logistical reasons, data from some of the centres were not available. However, the subgroup of patients in which these data were available did not differ from the overall study cohort with respect to both clinical/procedural parameters and outcomes. Finally, ACS patients are not a homogeneous population and important differences exist between presentation types. Whether these differences also result in differences in the predictors of events will need to be investigated in future studies.

We report 12-month follow-up data from the early experience with BVS in the setting of ACS. In line with previous data from metal stents36, a history of ACS was associated with an increased incidence of DoCE, PoCE and ScT, but not TLR. Oversizing, and not undersizing, appeared to be a determinant of events. These observations offer further information on the importance of the deployment technique in this setting.