Aims: As part of the EAPCI Young Initiative, the European Association of Percutaneous Cardiovascular Interventions (EAPCI) conducted a survey to address the educational needs of young interventional cardiologists.

Methods and results: A questionnaire was distributed to all individuals registered in the ESC database aged <36 years with an interest in interventional cardiology. Nearly two-thirds of participants (60%) indicated that they had difficulty in finding a fellowship training position. The desire for a fellow’s course at European level was expressed by 95%, while 94% were in favour of developing a network of young interventional cardiologists in Europe. More than three-quarters of respondents (79%) said they had had difficulty in obtaining funding to attend EuroPCR. Multiple difficulties were identified in setting up a research programme, two of the more frequent being problematic access to research networks and the difficulties of finding a mentor. Career orientation was identified as another issue, with more than half of respondents (59%) declaring they followed career options by chance.

The Young Survey was e-mailed to those 4,619 individuals on the 28th January, 2013. A reminder was sent on the 8th February, 2013, to individuals who did not respond to the first e-mail.

The survey comprised questions on training and education, research, networking and communication, and professional issues. Questions were proposed by the EAPCI committee “New Initiatives For Young Interventionalists” and validated by the EAPCI president and the president elect. The survey included multiple choice questions (MCQs), for which the results are aggregated below, as well as open questions. It was not mandatory to reply to the entire questionnaire.

DESCRIPTION OF THE RESPONDENTS

Figure 1. Did you/do you have difficulties in finding a fellowship in interventional cardiology?

When asked why they had/have difficulties, there were 62 responses. From a list of choices, financial issues were cited most frequently (40 respondents; 65%), followed by networking issues (29 respondents; 47%), insufficient awareness of high quality fellowship programmes (23 respondents; 37%) and national regulations (17 respondents; 27%).

The age split is detailed in Figure 2. Networking issues was the top reason cited by both age groups. 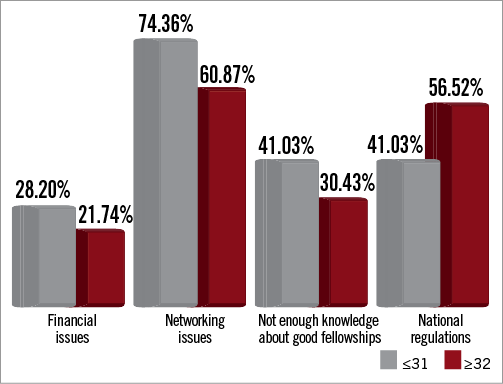 Figure 2. Why did you have difficulties in finding a fellowship? Distribution by age.

There were nine open replies to the question about why they had/have difficulties in finding a fellowship in interventional cardiology. Reasons included family and personal issues, not enough opportunities, techniques unavailable, lack of experienced cardiologists and working obligations. 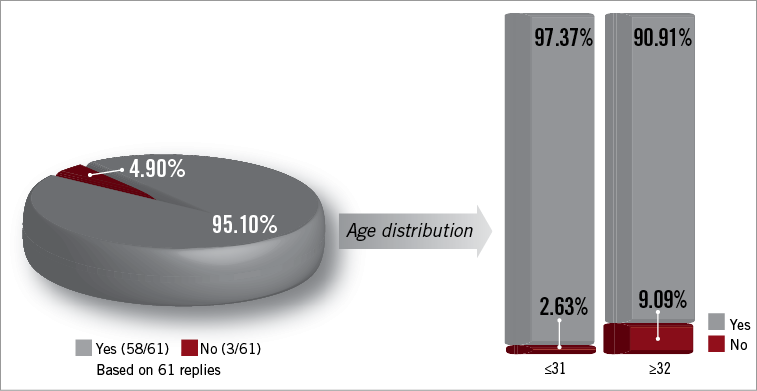 Figure 3. Do you think there is a need for a fellows’ course at a European level?

When asked, “Which particular topic(s) would you like to be addressed in this course?”, the most popular answer from a list of choices was technical focus, which was chosen by 51 respondents (88%). It was followed by strategy/decision-making process (49 respondents; 85%), how to extrapolate data from clinical trials to a particular patient (30 respondents; 52%), and global patient appraisal (13 respondents; 23%). 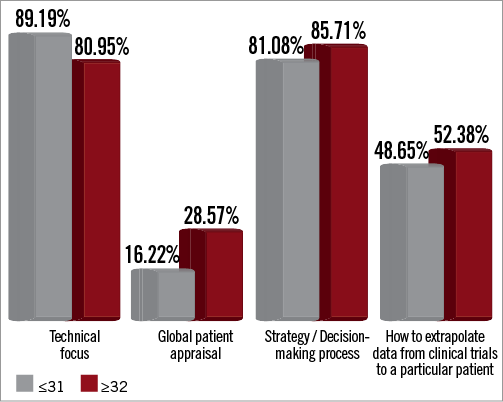 Figure 4. Which particular topic(s) would you like to be addressed during a European fellows’ course? Repartition by age.

There were 27 open replies to the question, “What do you expect from a fellows’ course at a European level?” Responses included better education, acquire improved knowledge, obtain new ideas, easier accessibility to training opportunities, get more experience, strategy, quality, understand the decision-making process, standardisation, transfer knowledge to colleagues, apply it to patients, discover new technologies and devices, and have access to centralised information on training centres. 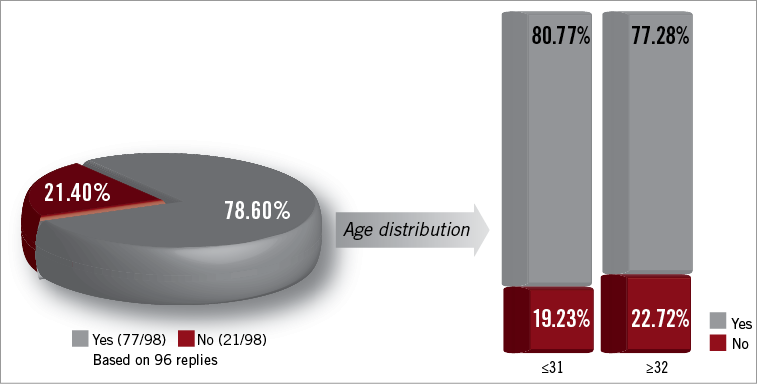 Figure 5. Do you encounter difficulties being invited to EuroPCR?

The idea of interactive sessions by and for young interventional cardiologists was popular, with 95 respondents (97%) answering yes to the question, “Would you be interested in 5 interactive sessions designed by and for young interventionists?”, and just 3 (3%) replying no. People in both age categories strongly supported the idea, with 98.1% of <31s and 95.5% of >32s replying yes to the question.

There were 97 replies to the question, “Which particular topic(s) would you like to see incorporated in these sessions?”. The most popular answer from a list of choices was “PCI: planning your strategy”, which was chosen by 73 people (75%). This was followed by technical aspects of PCI (70 respondents; 72%), FFR/intracoronary imaging (55 respondents; 57%), structural/valvular heart disease (46 respondents; 47%), global patient appraisal (21 respondents; 22%) and peripheral artery disease (21 respondents; 22%).

Age repartition is represented in Figure 6. For respondents aged <31 years, the most popular topic was “PCI: planning your strategy”, which was chosen by 81% of respondents in this age category. For this group the next most frequent choice was technical aspects of PCI (77%), followed by FFR/intracoronary imaging (64%), structural/valvular heart disease (48%), peripheral artery disease (21%) and global patient appraisal (19%). 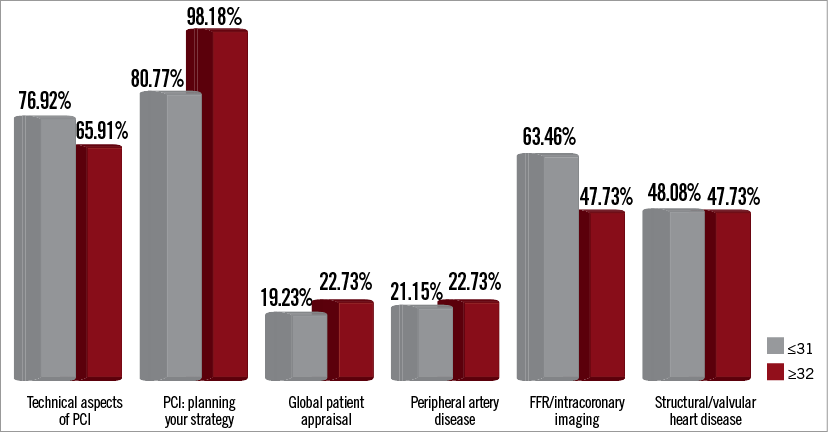 Figure 6. Which particular topic would you like to be addressed during interactive sessions “by and for” young interventionists during EuroPCR? Repartition by age.

Nearly all (98%) respondents aged >32 years indicated they would like the topic “PCI: planning your strategy” incorporated in the sessions. The next most common choice was technical aspects of PCI (66%). This was followed by FFR/intracoronary imaging and structural/valvular heart disease (both chosen by 48% of >32s), and global patient appraisal and peripheral artery disease (both chosen by 23% of >32s).

There were 97 replies to the question “What most prevents you setting up your own research programme?”. The most frequent answer from a list of choices was access to people networks to be involved in research (chosen by 43% of respondents). This was followed by difficulties in finding a mentor (42%), working in non-academic centres where research facilities are scarce (40%), lack of time (35%) and knowledge of the basics of research (30%) (Figure 7). 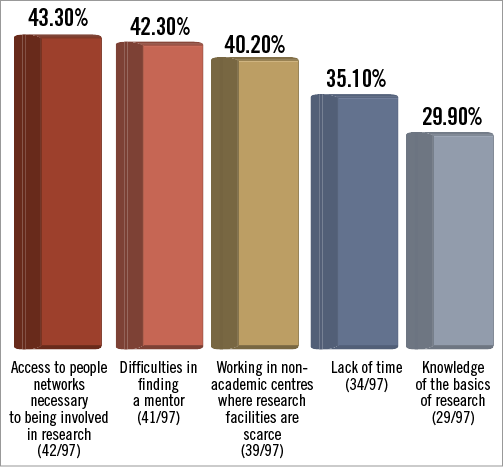 Figure 7. What most prevents you setting up your own research programme?

There were 12 open replies to the question, which included fixed-term employment (max. six months), support, collaboration, lack of funding, and no research unit.

There were 97 responses to the question, “Would you be interested in developing a network of young interventional cardiologists in Europe?”, with 91 respondents (94%) saying yes and six (6%) responding no.

There were 48 open replies to the question, “What do you expect from this network?”. Responses included discussion, support, find fellowships, collaboration, access new technologies, improvement, share experiences and ideas, networking, communication, brainstorming, community of practice, participate in studies, cooperation, standardisation, interaction, and know-how.

There were 97 replies to the question, “What are the primary difficulties in defining your career and navigating the options?”. The most frequent answer from a list of choices was “you actually don’t know the options, you learn them by chance” (57 respondents; 59%). This was followed by “advantages and pitfalls of academic and non-academic careers are unclear” (41 respondents; 42%), and “your outlook is local, you don’t aspire to a more European dimension and don’t take mobility into account” (32 respondents; 33%) (Figure 8). 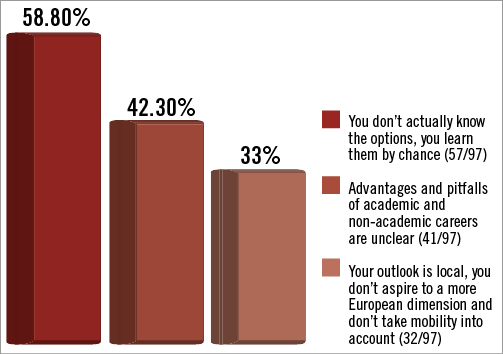 Figure 8. What are the primary difficulties in defining your career and navigating the options?

There were 10 open replies to the question, which included: programme and mentor needed, not always transparent, spend some years abroad, find a position as interventional cardiology assistant, no meritocracy, and no studies recognition abroad.

An overwhelming 95% of respondents expressed their desire for a fellows’ course at a European level. An annual fellows’ course in Krakow is currently endorsed by the EAPCI. In view of the survey results, this course probably needs to be further developed to move from a regional to a true European fellows’ course involving every fellow working in the countries affiliated to the EAPCI.

An interest in a web-based learning tool was described by 95% of the respondents. The ESC eLearning platform (ESCeL) in interventional cardiology was launched in February 2013. It aims to provide the highest standards of training and education at the lowest possible cost to as many cardiology trainees as possible. The principle is to homogenise training throughout Europe so cardiologists have access to the same high quality education regardless of origin. Such standardisation of training has been made even more important by the recent EU directives on free movement of patients and healthcare professionals across European borders, expected to be introduced in 2014. The EAPCI programme built around the EAPCI Core Curriculum and PCR-EAPCI Textbook provides a certificate of excellence in training in interventional cardiology. It has been designed to last 24 months maximum and consists of three modules: Knowledge, Skills and Professional development (which is optional).

Research is an important aspect of our specialty. However, respondents faced numerous difficulties in setting up a research programme, with more than 40% citing difficulties in access to people networks, finding a mentor, and working in non-academic centres where research facilities are scarce. Europe has many centres of excellence that offer research training. More information about the possibilities may help young interventional cardiologists to identify optimal opportunities. Every year, thanks to the financial support of industry partners through an educational grant, the EAPCI offers grants for one year of research or training fellowships in an ESC member country other than the candidate’s country of residence. The ultimate goal is to enable young candidates to enhance academic standards as well as encourage exchanges and interactions from country to country.

A large proportion (94%) wanted to develop a network of young interventional cardiologists in Europe. We all know that networking is important in our activities. Young interventional cardiologists expressed the need to develop networking using web-based networks. The development of such a network is a real challenge for the NIFYI committee. The ideal platform has still to be discussed. It is important to note that ESCeL V2.0 will offer the possibility of networking.

Finally, career orientation is difficult at any point in life, but is crucial at the beginning since it may have an important impact on future directions. However, this is also a period when the different options may appear confusing. The answers to the survey expressed this point very clearly. More than half of respondents (59%) declared that they had discovered career options by chance, while 42% said that the advantages and pitfalls of academic and non-academic careers were unclear.

This survey presents some limitations. The first one is that only a small percentage of people replied. Therefore, the results are not necessarily representative of the whole young interventional cardiology community. However, for the first time within EAPCI, this survey represents a structured approach to shed light on the unexplored issue of the expectations and unmet needs of the young generation. The second limitation is that MCQs, although allowing answer aggregation, are directive by nature in that they propose all possible responses. For that reason, the possibility of adding open replies was left to the respondents.